ALSTOM delivered the first Citadis LRV for the new cross-border tram line from Strasbourg, France, to Kehl, Germany, on October 3, less than two years after signing a framework agreement with Strasbourg Transport Company (CTS) for the delivery of 50 trams. 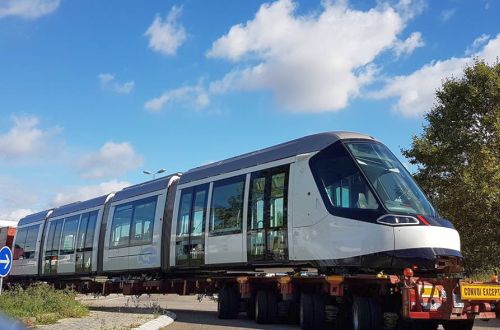 The first part of the deal is worth €41m and comprises an order for 12 trams. The first tram will now begin dynamic testing while the other 11 Citadis cross-border trams will be delivered by May 2017.

The trams will be added to the existing fleet as part of the extensions to lines A and D in Strasbourg. The 3.9km extension of Line D from Aristide Brande to Kehl main line station will open in April.

The 45m-long trams have capacity for 288 passengers and are the first French trams approved under German federal BOStrab regulations covering the construction and operation of trams in Germany. They are equipped with LED lighting and full glass doors, wider seating and reserved areas for wheelchair users and passengers with strollers, in line with Persons with Reduced Mobility (PRM) regulations.

The trams are being designed and assembled at Alstom’s plant in La Rochelle, France.