ALSTOM confirmed on January 23 that it has been awarded a contract by China Steel Corporation to supply 15 Citadis X05 low-floor LRVs for Stage 2 of the Kaohsiung light rail Circular Line. 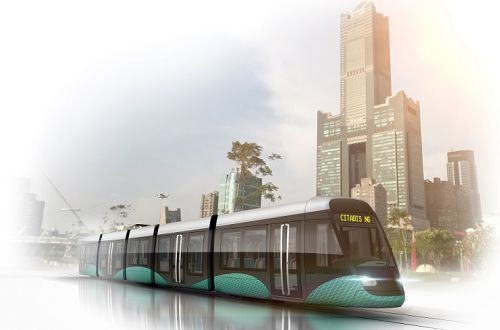 The five-section bidirectional vehicles will be equipped with permanent magnet motors and Alstom’s Citadis Ecopack onboard storage system for catenary-free operation, which draws current from the catenary via the pantograph in a 20-second charging cycle during stops at stations.

The vehicles will be assembled at Alstom’s plant at La Rochelle, France. Sesto, Italy, will supply traction equipment for the project.

The initial 8.7km phase of the Circular Line opened in 2015 and serves 14 stations. Services are operated by a fleet of CAF Urbos LRVs.

For detailed data on orders for light rail vehicles around the globe, subscribe to IRJ Pro.