THE New Zealand government has dropped plans for a two-line light rail network in Auckland after the cabinet could not agree on how the project should be implemented. 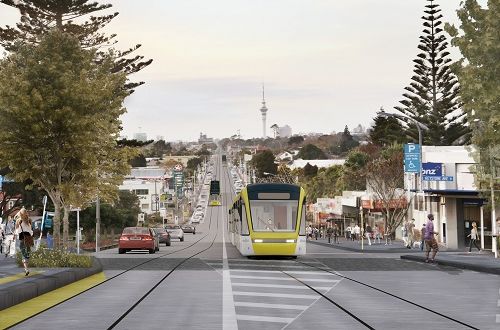 The project to open a line between the city centre and Mount Roskill by 2021 was a major promise made by the Labour party before it won the 2017 general election.

Two competing proposals were put forward to construct the City - Mangere and City - North West lines. The first, developed by the Waka Kotahi NZ Transport Agency, was followed by an unsolicited proposal from NZ Infra, a joint venture between the NZ Super Fund and CDPQ Infra, an arm of a Canadian pension fund Caisse de dépôt et placement du Québec.

“Either would have created hundreds of jobs and resulted in an Auckland metro that offered Aucklanders a 30 minute trip from the central business district (CBD) to the airport,” transport minister, Mr Phil Twyford, says.

The Ministry of Transport was tasked with comparing the two proposals and advising the cabinet on their merits before a final decision was made on which one to build.

However, disagreement within the Labour-NZ First coalition caused the project to stall and, ultimately, be dropped ahead of the upcoming election in September.

“Auckland Light Rail will be New Zealand’s most complex infrastructure project in decades and it’s vital we get it right for future generations.”