AVIGNON's troubled light rail project took another twist on February 24 when, after three-and-a-half hours of debate, Greater Avignon Council voted in favour of a plan to implement the project with a reduced specification. 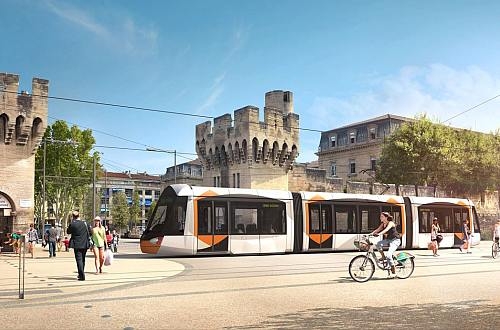 Previously the city planned to invest €250m in the construction of a two-line 14km network, but work was suspended in March 2014 following the election of socialist mayor Mrs Cécile Helle, who opposed the project.

Under the revised plan the city will construct a single 6km line from Saint Roch to Saint Charmand - Bel Air with two high-frequency bus routes serving the hospital and Agroparc. The total budget for the project is €135m, including €117m for the tram line.

"This is a realistic compromise between our financial position, the hostility of some politicians, and the need for Avignon to have an efficient public transport system," says president of Greater Avignon Council Mr Jean-Marc Roubard.

The city has already spent €35m on preparatory works for the light rail network over the last five years.

Construction will begin next year and the line is due to open in 2018.