The Flemish government has cancelled a cross-border light rail project to the Netherlands. 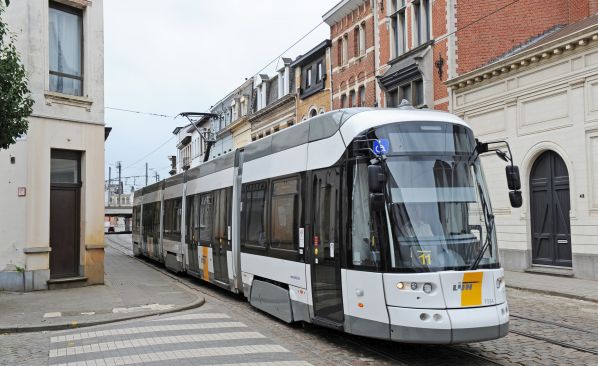 THE project to establish a cross-border light rail line between the Dutch city of Maastricht, capital of the Dutch province of Noord- Limburg, and Hasselt in the Belgian province of Limburg, has been cancelled unilaterally by the Belgian state of Flanders.

Mrs Lydia Peeters, the Flemish minister for mobility and public works, announced the decision to halt the project, which has been under development since in 2004.

The project would have used the disused cross-border railway between Maastricht and Hasselt. However, reaching Maastricht main line station on the right bank of the river Maas appeared to be a problem as the disused Wilhelmina railway bridge across the river is believed to be too weak to carry LRVs. Getting LRVs into the center of Hasselt also appeared to be problematic. Nevertheless, a cooperation agreement had been signed between the public authorities involved on both the Dutch and Belgian side of the border.

Instead of light rail, the Flanders government appears to favour an electric fast bus line, called ‘trambus’, running on the trackbed of the disused cross border railway.

Dutch counterparts in the project have not reacted to the Belgian decision yet, but funding for the implementation of the Dutch section of the light rail scheme by the Dutch Ministry of Infrastructure was intended for only a light rail project and not for buses. Some Dutch regional and local politicians want the Flemish government to pay compensation to the Dutch authorities for the unilateral cancellation of the project.