Six groups have been shortlisted to build and operate the line. 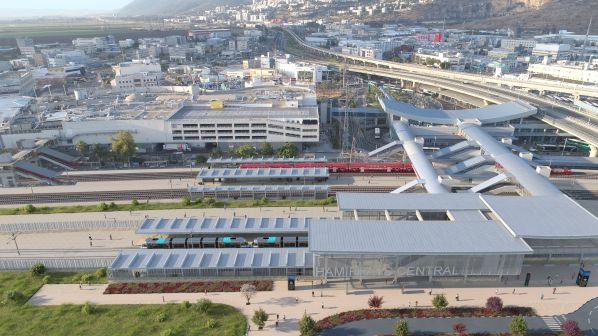 TRANS Israel, the company overseeing the Haifa-Nazareth tram-train project, has announced the bidders approved to participate in a tender to finance, design, build and operate the 41km line. The contract is worth between Shekels 3bn ($US 920m) and Shekels 4bn.

The companies shortlisted are:

The winning bidder, which will operate the line for 25 years, will be announced by Trans Israel and the ministry of transport and road safety in the coming weeks.

The project, named Nofit, which translates from Hebrew as Scenery, will have 20 stations in the Galilee and Haifa metropolitan areas. The line, which will carry 100,000 passengers daily, will start at HaMifratz central station in Haifa, Isarel’s largest transport hub, before running through Kiryat Ata. The line will then pass through the towns of Shfar’am, Bir El-Maksur, Mashhad, Reineh, and Nof HaGalil, before terminating in Nazareth.

The preliminary work contracts were awarded in November 2020. Trans Israel recently published two tenders to construct tunnels and bridges along the alignment with a third due to be published soon. The three tenders are worth around Shekels 1bn.