GERMANY's Bochum-Gelsenkirchen Tramways (Bogestra) will launch a tender before the end of this month for 42 new metre-gauge LRVs after the company's supervisory board approved a €200m plan to replace the troubled fleet of NFD6D trams and modernise the vehicles used on Stadtbahn Line U35. 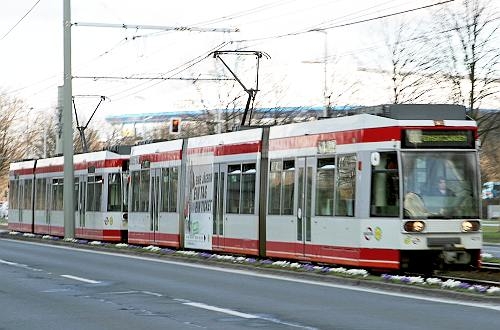 The fleet of 42 NFD6Ds, which were built by Düwag and Siemens in 1992-94, has been restricted to 30km/h since January 28 following the discovery of damage to wheelsets. A revised timetable has been introduced on parts of the network and a programme of remedial works has begun with the aim of raising the maximum operating speed to 50km/h, but it is likely to be several years before the whole fleet can be treated. The first modified vehicle is due to return to service next month.

The vehicles previously suffered problems in 2006 when bodyshell fractures began appearing around doors and windows.

Bogestra will now order replacement vehicles on a like-for-like basis and an international tender will be issued within the next few weeks with delivery scheduled for 2016-20. The contract will include an option for eight additional vehicles, for delivery in 2023-24.

The fleet of 25-year-old type-B trains used on Stadtbahn Line U35 will also be modernised to extend their useful life until the mid-2020s. Six additional trains will also be required to supplement the fleet and these will enter service in 2021-22.