THE proposed alignment for the first light rail line in Bolzano, Italy, was presented on April 23 by Mr Willi Huesler, the consultant appointed by the municipality to study the route. The line will run from the railway station through the city to terminate at the Adige bridge. 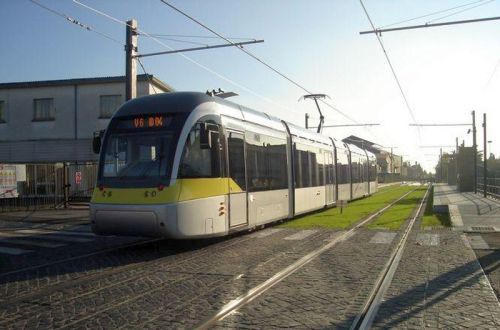 Bolzano hopes to join other northern Italian cities such as Bergamo which have already built new light rail lines.

The project is estimated to cost between €120m and €130m. The mayor of Bolzano Mr Renzo Caramaschi plans to apply for funding from the Italian government’s Connecting Italy scheme. In order to qualify, the municipality must include the project in an Urban Plan for Sustainable Mobility (PUM), which should be approved by the city council this autumn. The city will also try to attract private funding for the project.

Once the project has been approved, construction is expected to take between five and six years to complete.

The objective is to alleviate traffic congestion in the city. Other improvements are also being considered such as reducing journey times on the Brenner railway or track doubling of the Bolzano - Merano line.