BASLE Transport Authority celebrated a milestone in its largest-ever procurement of new vehicles on September 4 with the delivery of the first of 60 Flexity low-floor LRVs from Bombardier's Bautzen plant in eastern Germany. 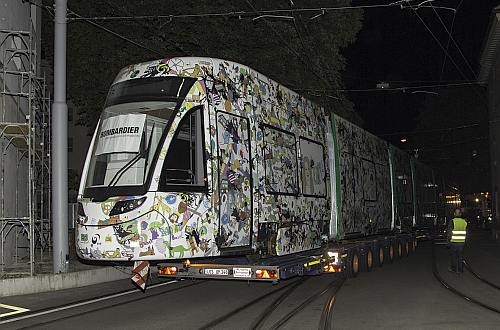 A second vehicle is due to arrive in Basle in the coming weeks and from the middle of next year Bombardier will deliver two vehicles per month to BVB, with the seven-section LRVs due for delivery first.

The pre-series vehicle carries a special livery with illustrations by six local children.