THE city of Bordeaux has exercised an option with Alstom for 10 additional Citadis low-floor LRVs, which will take its fleet of these vehicles to 125 by the end of the decade. 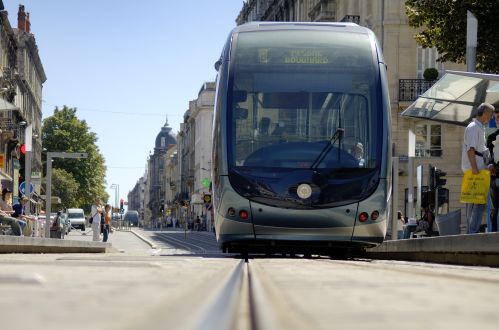 The order is the second option from a contract for 26 vehicles, which was awarded in August 2011. Alstom’s La Rochelle plant is currently assembling vehicles from the first option for 15 vehicles, which will enter service in the second half of this year.

The 44m-long vehicles from the latest order will be delivered in mid-2019.

Bordeaux placed its first order for Citadis LRVs in 2000, and Alstom has supplied the vehicles in 33m and 44m-long variants. The entire fleet is equipped to operate on Alstom’s APS ground-level power supply system.