BORDEAUX Metropole has ordered an additional five Citadis trams from Alstom for €14m, on top of the 25 vehicles currently being manufactured at Alstom's site in La Rochelle. 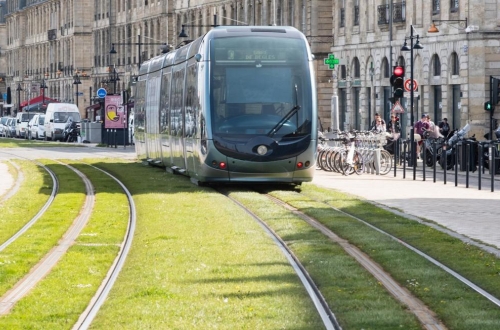 The new LRVs are identical to those Bordeaux has previously ordered ordered.
Photo Credit: Alstom/Richard Nourry

Alstom says the new 44m-long low-floor LRVs are identical to those of the previous orders and can accommodate between 218 and 300 passengers. The vehicles are equipped with air-conditioning, CCTV and audio-visual passenger information systems, and are up to 98% recyclable.

With Line D scheduled to open in 2019, the network will consist of four lines totalling 79km. With 130 Citadis LRVs, Bordeaux will have one of the largest tram fleets in France.

“We delivered the first tram of the current order to our customer in May 2018, and the next four will be delivered and enter commercial service in September,” says Mr François Papin, Alstom site manager in La Rochelle.
Both the 33m and 44m-long Citadis tram variants operating in Bordeaux are equipped with the Alstom’s APS ground-level power supply system.