THE Federal Transit Administration has pledged about $US 996m through a New Start Engineering programme grant to support a 7.6km extension of Massachusetts Bay Transportation Authority's (MBTA) Green Line from Cambridge to Somerville and Medford. 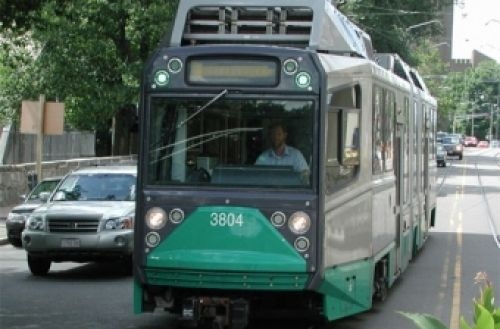 MBTA began work on the extension's right-of-way in March 2013, marking the first major expansion of its light rail system after years of numerous false starts and political indecision. Securing federal funding makes the extension's completion far more likely with the remainder of the $US 2.3bn cost of the project set to be funded by the Massachusetts state government.

The project will extend the multi-branched Green Line's current northern terminus at Lechmere Station (Cambridge) north to Medford, with a 1.4km branch to Somerville. The project will include work on two bridges and removal of an existing building owned by MBTA.

The first portion of the expansion up to Washington Street, and including the Somerville branch, is scheduled to be completed by 2017, with the complete line entering revenue service by 2020. The funding agreement is set to be reviewed by Congress within the next 30 days, although this is seen as a formality.

Massachusetts committed to the Green Line extension in 1990 as a measure to offset the impact of the "Big Dig" highway project to redirect Interstate 95 traffic in downtown Boston. In 2005, the Conservation Law Foundation filed a lawsuit accusing the state of failing to meet its commitment. Throughout the years, critics also accused MBTA and, at times, the Massachusetts Department of Transportation of actively shunning light rail as a transport mode in favour of other options, including road projects and bus rapid transit.

In contrast with such charges, MBTA general manager Ms Beverly Scott said the Green Line extension is "one of the best projects," in the country, adding that the service will easily attract ridership. "This is not build and they shall come. They are already here," she says.