BRAUNSCHWEIG Transport (BSVAG) has issued a tender for nine LRVs for delivery by 2019 to be funded largely by the state of Lower Saxony. 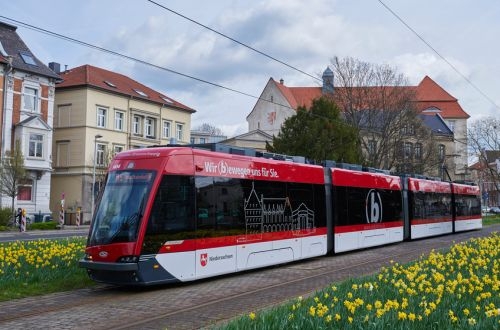 Solaris, Poland, supplied a fleet of 18 Tramino low-floor LRVs to Braunschweig in 2015.

BSVAG has received €35 million from Lower Saxony, of which €12.5 is for the new LRVs and €22.5m will be spent on a new real-time passenger information system for both the city's tram and bus networks.

In addition, a feasibility study has been conducted into expanding the 1100mm-gauge tram network. Up to five new lines or extensions to existing lines are considered economically viable and final recommendations will be presented later this year. A decision on which routes should be built is likely to be taken in early 2017.