BREMEN Tramways (BSAG) has exercised an option with Siemens for 10 additional Avenio LRVs, which will take the operator’s fleet of these vehicles to 77. 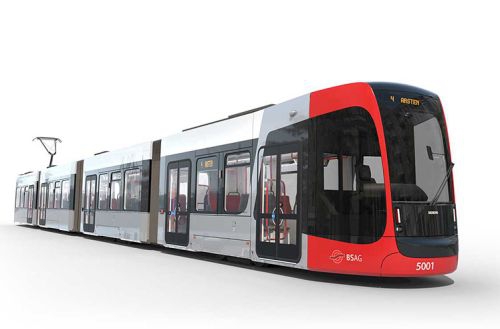 BSAG placed an initial order with Siemens for 67 standard-gauge Avenios in June 2017, with options for up to 17 additional vehicles. Delivery of vehicles from the first option will begin following the completion of the main build in 2021.

The four-section LRVs will be 37m long and 2.65m wide with capacity for 259 passengers.

BSAG had originally planned to place a single order for 77 vehicles, but the main order was reduced to 67 vehicles pending a decision on the viability of refurbishing 10 of its GT8N trams, which date from the 1990s. BSAG has now opted to replace these vehicles with new LRVs.