THE FIRST light rail line in the French city of Brest was officially inaugurated on June 23, in time for the maritime festival held in the city every four years. The first day saw around 95,000 passengers sample Line A, which runs for the 14.3km from Plouzané in the east to Gouesnou and Guipavas in the west with 28 stations. 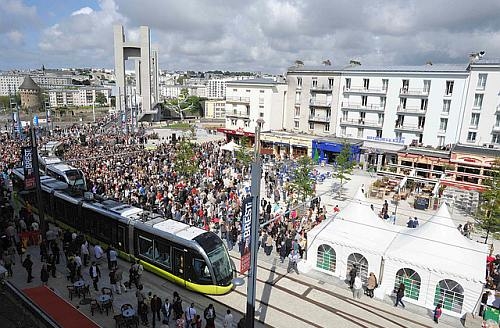 Construction began in March 2010 on the €383m project, which was managed by the SemTram group of SEM du TCSP and Egis Rail.