BRITAIN’s Department for Transport launched a call for evidence on February 7 seeking views on the potential use of light rail and other types of rapid transit in English towns and cities. 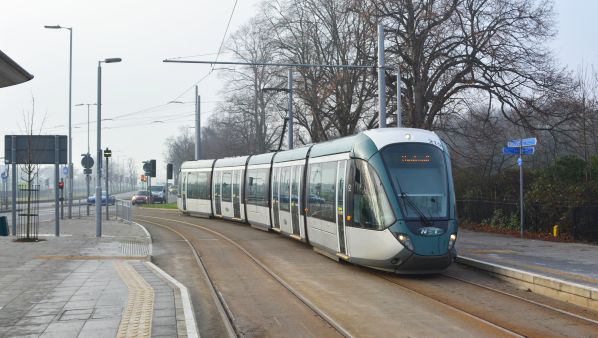 Since 2004, Nottingham has developed a 32km three-line tram network.

“This is a great time to explore the incredible potential for light rail schemes across the country,” says transport minister Mr Jesse Norman. “Today’s wide-ranging call for evidence seeks new ideas and new support for the next generation of light rail, so that we make existing systems work better, and can work with cities and towns across the UK to create new ones.”

England’s eight tram and light rail networks carried a total of 267 million passengers in 2017-18, equivalent to around 3% of all public transport journeys.

“The government’s initiative should be warmly welcomed and offers a real opportunity to demonstrate the role that light rail can and does play in the development of urban areas,” says Mr James Hammett, managing director of UK Tram, a body representing light rail operators, promoters, suppliers, and consultants. “Light rail is a sector which isn’t standing still. It is buzzing with innovation and fresh technologies and has an excellent track record in helping locations across the globe have better and more aligned integrated public transport networks.”

At the launch of the consultation in Birmingham, Norman also announced that the government has allocated £1.5m to establish a Light Rail Safety Standards Board, which aims to strengthen co-operation between British light rail stakeholders and improve safety management.