Brussels signs framework order with Bombardier for up to 175 LRVs

BRUSSELS Transport Company (Stib) signed a framework contract with Bombardier on April 24 for up to 175 Flexity low-floor LRVs with an initial order for 60 vehicles worth €169m. 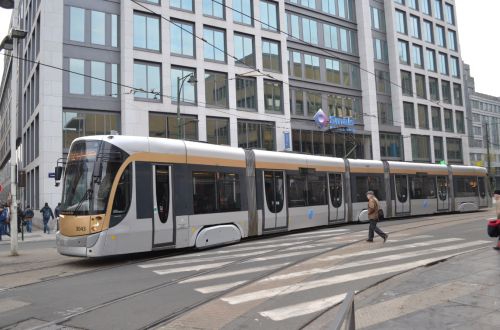 Bombardier was selected as preferred bidder in February and the contract could be worth up to €480m if all options are exercised.

The delivery of the initial batch will enable Stib to withdraw its oldest PCC high-floor trams, which date from the 1970s, and expand the fleet to accommodate growing ridership and network extensions. Stib says the delivery of the new air-conditioned vehicles will increase fleet capacity by 7% or 4600 passengers.

The initial order comprises 49 five-section 32m-long vehicles and 11 43m-long seven-section vehicles, with deliveries due to commence in March 2020.

Like the new CAF M7 metro trains and the series 3000/4000 trams, the LRVs will be styled by Antwerp-based designer Mr Axel Enthoven.

Over the last decade Bombardier has supplied 220 Flexity Outlook LRVs to STIB, the last of which entered service in March 2015.