BURSA Metropolitan Municipality has issued a tender notice for a contract to supply 60 LRVs for the BursaRay light metro network and a further 12 vehicles for street-running tram lines in the Turkish city. 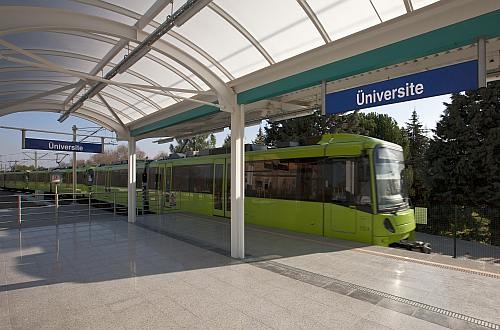 The tender stipulates that bidders must have capacity to supply at least 24 vehicles per year with a minimum of 60% domestic content. The supplier will also need to deliver at least two vehicles of each type within just six months of contract signing. This would appear to favour local manufacturer Durmazlar, which displayed its Silkworm and Green City vehicles at InnoTrans in Berlin last September.

The closing date for expressions of interest is February 23.

For details of the latest rail industry tenders from around the world, subscribe to Global Rail Tenders.