THE French city of Caen inaugurated its €259.9m tram network on July 27. 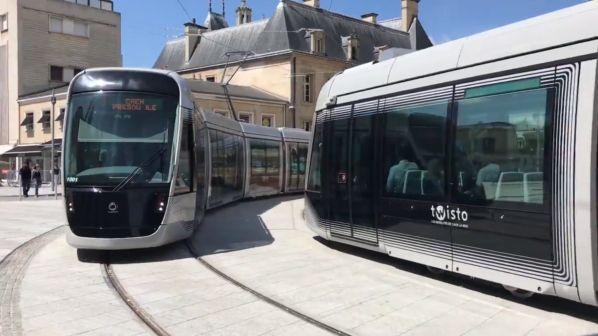 The 16.2km three-line network serves 37 stations. Line T1 links Hérouville-Saint-Clair in the north with Ifs Jean-Vilar in the south. Line T2 connects Campus 2 with Presqu'île in the city centre. Line T3 runs from Château-Quatrans station in the city centre to Fleury-sur-Orne.

The network largely replaces Caen’s TVR 15.7km guided trolleybus system, which was beset by technical problems between its opening in November 2002 and closure in December 2017.

Alstom was awarded a €52m contract in November 2016 to supply 23 Citadis 305 low-floor LRVs for the project. Each 33m-long LRV accommodates 210 passengers, 80 more than the TVR vehicles.

The network will have capacity to carry 64,000 passengers per day, compared with 42,000 on the TVR system.

The tramway is part of Caen’s Twisto public transport network, which also encompasses buses, bike sharing and transit for people with reduced mobility. The network is operated by Keolis under a six-year contract, which began in January 2018.