CAF, Spain, has received two orders for LRVs worth a combined €45m from the Belgium’s Flemish Transport Company (De Lijn) and the Dutch province of Utrecht. 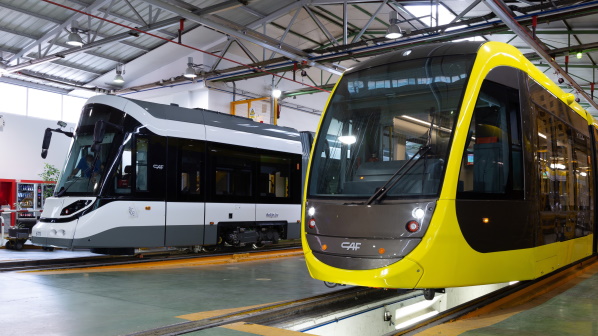 The orders are options from existing framework contracts. De Lijn has ordered 17 additional LRVs under a contract signed in October 2017 for up to 146 CAF Urbos 100 low-floor LRVs.

The fleet, which is the fourth option from the contract, will be deployed in Antwerp from the second half of 2022, alongside a batch of 23 LRVs ordered in March 2019.

The two Antwerp batches follow an initial order for 48 sets, which will operate services on the Belgian coastal line.

The Dutch province of Utrecht has ordered an additional five Urbos-100 LRVs from a contract signed in January 2015. The new vehicles will join a fleet of 49 LRVs, which CAF is currently delivering.

The first of these LRVs entered service on the Uithoflijn line when it opened in late 2019. The remaining vehicles will replace ageing rolling stock on the Nieuwegen line.