BUDAPEST Transport Centre (BKK) has selected CAF as its preferred bidder for a contract to supply 37 low-floor LRVs with an option for 87 additional vehicles. 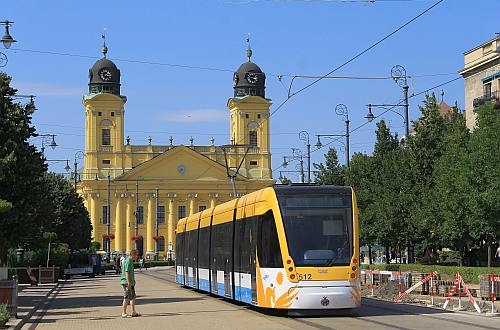 The tender, which was launched in February, stipulates that 25 of the new LRVs must be 32-36m long while the remaining 12 vehicles will be 56m long, slightly longer than the 55m Siemens Combino already in use in Budapest.

In assessing the bids, BKK allocated 62% of points to price and 28% to technical standards. The remaining 10% covered design, ergonomics, the price of the onboard energy storage system, and the penalties offered for late delivery.

Five companies submitted bids, of which Pesa, Škoda and Stadler were disqualified for different reasons. The cheapest bid came from a consortium of Škoda and Alstom, while the runner-up was CAF, followed by Siemens (in a consortium with Astra Rail, Romania), and Stadler.

Of the two valid bids, the €90.4m offer from CAF was accepted, being cheaper than Siemens €115m bid. CAF will supply its Urbos LRV, similar to those currently being delivered to the Hungarian city of Debrecen.

The European Union is financing 99.3% of the value of the order, which means that deliveries must be completed by the end of 2015, the deadline for concluding projects financed in the current seven-year EU financial period.

The shorter vehicles included in the option will need to be capable of catenary-free operation as the City of Budapest intends to remove the overhead catenary on Kossuth tér, which surrounds the Parliament building.