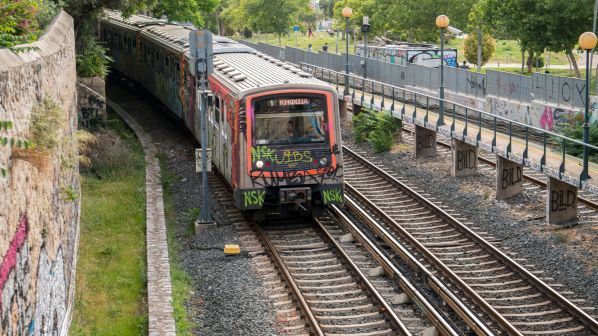 ATHENS Urban Rail Transport Authority (Stasy) had awarded CAF, Spain, a contract to modernise 14 metro trains for Athens Line 1. The upgrade will allow the trains, which entered service between 1983 and 1985, to operate for a further 25 years.

During the meeting, Stasy chairman, Mr Harris Damascos, underlined to CAF managing director - modernisation, Mr Mikel Maiz, the need for the timely and consistent execution of the project.

The contract is worth €70m, and is being financed by the European Union’s National Strategic Reference Framework (NSRF). Delivery of the first refurbished train will take place within 19 months of the contract being signed, with four more trains at 25 months, five at 30 months and the remaining four at 34 months.

The ageing trains are experiencing long-standing problems and technical failures, including issues with the air-conditioning systems during the summer months, requiring the trains to be temporarily removed from service.

THE city council of Seville has awarded CAF a contract to supply two LRVs, along with maintenance for 30 years. The contract includes an option for additional vehicles.

The five-section LRVs will be 100% low floor, and will be equipped with an onboard energy storage system to allow catenary-free operation between stops.

CAF supplied the existing fleet of 17 low-floor Urbos 2 LRVs, which entered service in 2009.