CAF to supply 102 LRVs for Boston under $US 811m contract

The first LRVs are due to be delivered in 2026. 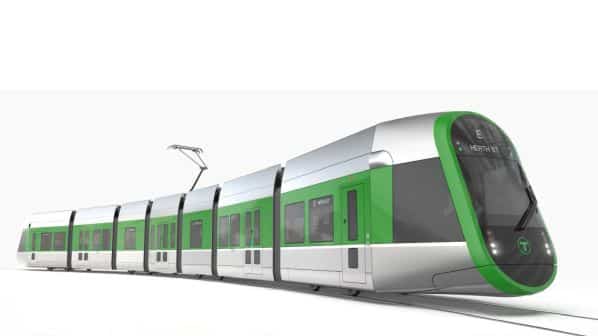 THE Massachusetts Bay Transportation Authority (MBTA) board of directors has selected CAF USA as the successful bidder for a $US 811m contract to supply 102 LRVs for Boston’s Green Line.

The base contract also includes two driving simulators, fleet parts, specialised tools and test equipment for the vehicles supplied, as well as a three-year warranty. There are options for the supply of additional vehicles and equipment.

This is CAF’s second project in Boston, after supplying 24 type 9 LRVs in 2014 for the Green Line under a contract worth $US 118m, with the first trains delivered in 2019. The Green Line is made up of four branches totalling more than 30kmand includes a tunnel section under central Boston that opened in 1897, the first of its kind in the United States.

The new seven-section units, known as type 10, will replace the type 7 and 8 LRVs that currently operate on the Green Line. The 100% low-floor vehicles will feature priority areas for passengers with reduced mobility, passenger information screens and new collision -safety technology.

Boston.com reports that four pilot vehicles will be delivered in 2026, with two LRVs due to be introduced each month from the spring of 2027.

CAF will manufacture and assemble the cars and other components at its plant in Elmira, New York, and at its facilities in Spain.

CAF is currently completing the third order for new LRVs for Kansas City, as well as 26 LRVs for the Purple Line in Maryland.