CALGARY City Council have approved a new alignment and construction strategy for stage 1 of the planned Green Line light rail expansion, during a meeting on June 16. 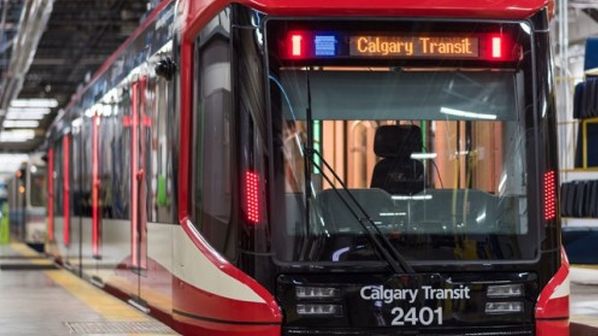 The Green Line is the third route in the Canadian city’s CTrain light rail network, and will extend 46km north to south, with 29 stations. Stage 1 alone will comprise 15 new stations with 20km of track.

Construction of Stage 1, estimated to cost $C 5.5bn ($US 4bn), was originally planned for spring 2020 with completion scheduled for late 2026. However, work has now been postponed until 2021 due to the coronavirus pandemic. Funding will come from the federal, provincial and municipal governments, with Alberta’s provincial carbon tax expected to provide a third of funding.

Green Line stage 1 will be constructed in three segments:

The new line is intended to expand access to Calgary’s public transit system, with planners estimating that stage 1 will have 65,000 passengers daily upon completion, increasing total light rail usage in the city by 13% in 2028. It is hoped that the new line will also function as an economic stimulus for the city, encouraging urban redevelopment. The city also hopes to generate 20,000 jobs, to support the project’s design and construction, with a further 400 long-term jobs forecast for operation and maintenance upon the line’s opening.

“The council’s approval today is a pivotal step in achieving the vision of the Green Line promised to Calgarians,” said Mr Michael Thompson, Calgary’s general manager of transportation and project director. “The Green Line will improve mobility for all Calgarians connecting communities, employment hubs and key destinations across the city. High quality transit like light rail, is a necessity for cities to grow, be attractive to entrepreneurs and a talented workforce, and to be competitive economic centres locally and internationally.”