CALGARY city council has approved the final alignment and 28 station locations for Calgary’s 46km Green Line project, the first phase of which is estimated to cost around $C 4.65bn ($US 3.39bn). 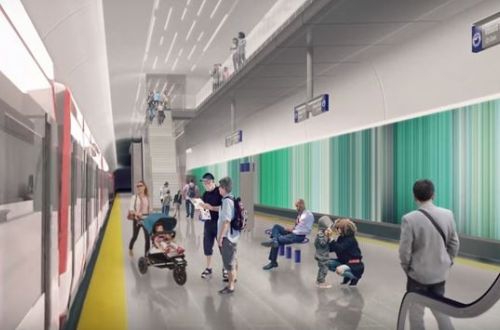 The next aspect of the project that needs approval is the provincial funding. The Canadian federal government committed $C 1.5bn to the project in 2015, while the city council pledged $C 1.56bn over 30 years. However, the Alberta provincial government is yet to commit funding for the line.

The project includes the construction of a 4km city centre tunnel between 20th Avenue North and Macleod Trail and a 1km viaduct between Inglewood/Ramsay and 26 Avenue.

Services will be operated by a fleet of around 70 low-floor LRVs, which will be maintained at a depot north of 126th Avenue South East in Shepard.

Providing funding can be finalised, construction will begin in 2020 and Stage 1 will open in 2026, with projected ridership of 60,000-65,000 passengers per day in the initial phase of operations.

For the latest on light rail projects from around the globe, subscribe to IRJ Pro.