CANBERRA's proposed 12.5km inaugural light rail line received a $A 21.3m ($US 19.8m) boost in the Australian Capital Territory (ACT) budget which was announced on June 3, in an allocation the government says is designed to make the proposed public-private partnership project "investment ready." 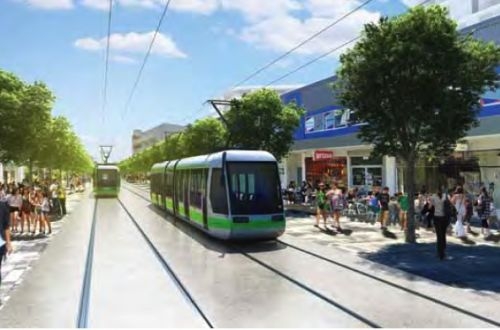 Capital Metro will run north-south from Gozzard Street in Gungahlin to Civic in the heart of the city, and the ACT government expects to seek expressions of interest for construction and operation of the line in the first half of 2015. Construction is expected to commence in 2016.

The complete project is estimated to cost more than $A 600m, although the government did not update the expected price in the budget due to "commercial sensitivities."

$A 20m was also allocated in the budget to upgrade the Gungahlin – Civic corridor to prepare for the introduction of light rail by widening roads, upgrading road junctions, relocating utilities, drainage works and pedestrian improvements.

ACT treasurer Mr Andrew Barr says light rail is a key part of the territory's largest ever infrastructure spend of $A 2.5bn over four years, and could eventually serve the suburbs, Canberra Airport, and the City to the Lake development including a new convention centre and sports stadium.

Capital Metro is set to conduct a major industry briefing programme on procurement and design as well as finalise preliminary design and planning for the project in the next few months.