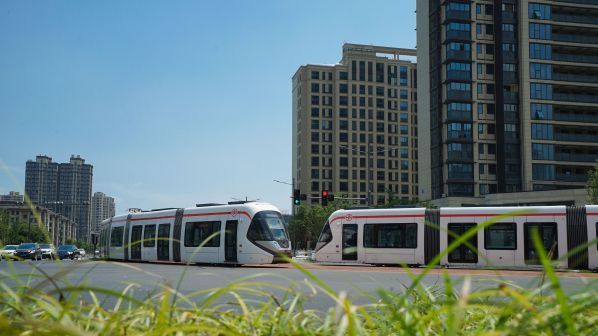 The 10.6km line operates between Jiaxing South high-speed station and the city centre, and is expected to carry more than 20,000 passengers per day. A second line will follow at the end of 2021 which will extend the network to 15.6km with 26 stations. A third line is planned to open in 2023 which would expand the network to 35.7km with 55 station. This is the first light rail network in the province, which is home to 57 million people.

20 LRVs built by CRRC, with capacity for 368 passengers, are used on the new line. These are equipped with batteries with the capacity to store 48kWh energy after a 30-second rapid charge at each station. They are also equipped with laser radars and infrared cameras to detect obstacles, and a passenger counting system.

This is the first time the Keolis group has won a contract in China outside Shanghai. The Jiaxing Public Transport Authority awarded the JV a five-year operations and maintenance contract in October 2020.

The JV recruited 200 local staff including drivers, maintenance technicians and customer service staff. Training was completed on the Songjiang light rail network that is operated by Shanghai Keolis in Shanghai.