BERLIN Transport (BVG) has published a tender requesting planning services for the first major expansion of tram services in the historic centre of Berlin since World War II. 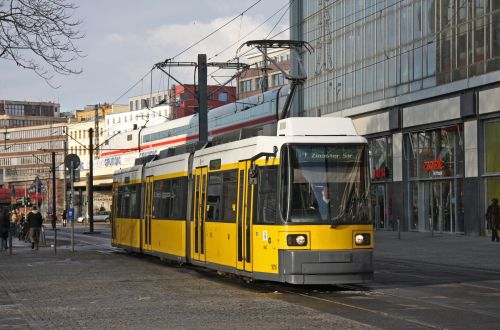 A 3.35km long new double-track line is proposed as part of the BerlinStrategie 2030 plan announced in December 2016 to restore the city’s tram network in parts of the city that became West Berlin after WWII.

The proposed line will run from Alexanderplatz to the major redevelopment area immediately west of Potsdamer Platz via reserved track - largely alongside Leipziger Strasse. The line will branch from the existing tram line from Alexanderplatz to Hackescher Markt, crossing the river Spree via a new bridge being built as part of a separate project to replace the existing Mühlendamm bridge, and the Spree Canal to the south using the existing Gertrauden bridge road bridge.