THE US city of Charlotte has issued a call for tender for the construction of Phase 2 of its CityLynx light rail Gold Line, adding extensions totalling 4km at each end of the 2.4km Phase 1 which opened in mid-2015. 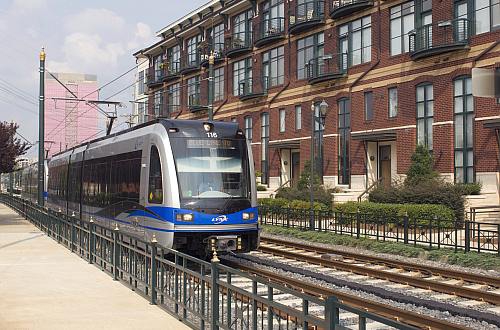 The extensions will run west from Charlotte Transportation Center to French Street and north along Hawthorne Lane from Presbyterian Hospital to Sunnyside Avenue. Construction of the $US 150m extensions is due to start before the end of the year.

The Gold Line will eventually be extended to 16km and is part of Charlotte’s 2030 transit plan, which is being implemented in phases.

The 15.4km north-south Blue Line opened in 2007, and is currently being extended 15km from 7th Street in the city centre to the University of North Carolina Charlotte campus. The extension is expected to open in 2017.