A 6.9km extension of the light rail line in Constantine, Algeria, was opened on June 3, adding five new stations to the line. 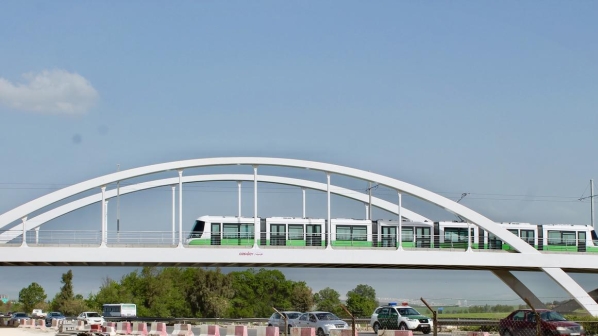 Algiers Metro Company (EMA) awarded a consortium of Alstom, Isolux Corsan and Algerian construction company Cosider a turnkey contract in July 2015 to build a 10.3km extension to the line, with the first section connecting the existing Zouaghi station to the entrance of the new city of Ali Mendjeli.

Constantine’s single 8.1km line from Benabdelmalek to Zouaghi was inaugurated in July 2013, and currently transports around 30,000 passengers per day.

The Annaba rolling stock assembly plant operated by Cital, a joint venture 41% owned by Ferrovial, 10% by EMA, 6% by Alstom Algeria and 43% by Alstom Transport, is supplying 24 new LRVs for the line, which will operate alongside the 20 LRVs already operating.

For detailed information on tram projects in Africa and around the world, subscribe to IRJ Pro.