ILE-DE-FRANCE public transport authority Stif and the Department of Hauts-de-Seine launched a public inquiry on September 15 into plans for the 6.4km western extension of Paris light rail Line 1 from its current terminus at Les Courtilles in Asnières to the district of Colombes. 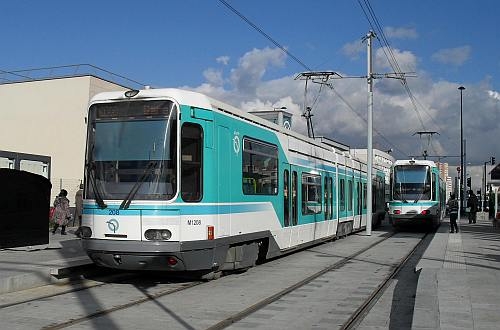 The 10-station extension will link Asnières Gennevilliers Les Courtilles metro station on Line 13 with Le Stade station on Transilien suburban Line J before terminating at an interchange with Line T2 at Parc Pierre Lagravère on the south bank of the River Seine.

The first phase from Les Courtilles to Quatre Routes is due to open in 2018 with the remainder of the extension scheduled for completion by 2023. The line is expected to carry around 60,000 passengers per day when both phases are completed with a journey time of around 20 minutes between Les Courtilles and Parc Pierre Lagravère.

The project is expected to cost €225m with a further €42m for rolling stock, and funding will come from the French government, the region of Ile-de-France, Stif, and the Hauts-de-Seine government.

Public consultation on the line is due to continue until October 25.

At the other end of Line T1, construction is also expected to begin soon on a 7.7km eastern extension from Noisy-le-Sec to Montreuil and the RER station at Val-de-Fontenay. The €400m project is due to be completed in 2017.