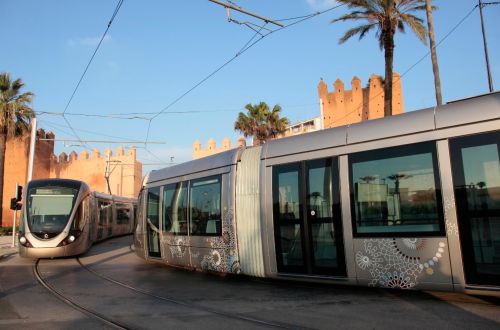 In Rabat, a 2.4km extension will continue the line south from Moulay Youssef Hospital in Akkari to Al Kifah Avenue in Yaâcoub Al Mansour. In Salé, the line will be extended 4.6km from Hassan II to Zarbia Avenue and the new provincial hospital.

Construction is due to begin on the Dirhams 1.7bn ($US 180m) project next month and both extensions are scheduled to open in the second half of 2019.

Colas Rail and GTR will be responsible for construction of platforms, tracklaying, and installation of signalling equipment. The consortium will also construct an additional storage track at Hay Karima and relocate the existing Gare de Salé tram station.