PURPLE Line Transit Constructors (PLTC), the design-build team implementing the 25.7km Purple Line light rail project in Maryland, United States, has announced that it will walk away from the project. The consortium cites continuing delays, which were out of its control, for compromising successful delivery of the $US 2bn construction scheme. 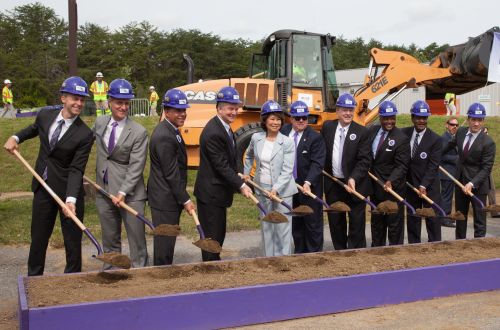 A ground-breaking ceremony for the project was held in August 2017.

The line from Bethesda to New Carrollton is being built for Maryland Department of Transportation (MDOT) and Maryland Transit Administration (MTA) under a $US 5.6bn 36-year public-private partnership (PPP) deal agreed with Purple Line Transit Partners (PLTP) in spring 2016. A Federal Transit Administration (FTA) full funding grant of $US 900m was signed off in 2017, when the project broke ground.

However, PLTC notified PLTP of its intent to exit the PPP on May 1. In a letter confirming the decision, project manager Mr Scott Risley said delays caused by a lawsuit, problems obtaining land for the right-of-way, last-minute changes in design requirements and difficulties in obtaining state environmental approvals, had added 2.5 years and $US 519m to the cost of the project.

“Without financial compensation by the state, the construction firms would be forced to absorb hundreds of millions of dollars in additional costs that are [the state’s] responsibility. This is neither reasonable nor sustainable for PLTC,” Risley said, adding in a later statement that PLTC was unable to obtain the time and cost relief to which it is entitled from MDOT/MTA.

“Regretfully, PLTC simply cannot complete the project under these circumstances.”

The consortium says it plans to work with PLTP, MDOT and MTA on an efficient and orderly transition, which is expected to take between 60 and 90 days, after which PLTC workers will vacate construction sites.

Fluor is the managing partner of the PLTC design-build team, which comprises Fluor Enterprises, The Lane Construction Corporation and Traylor Bros. PLTP, the concessionaire and proposer for the line, is led by Fluor, Meridiam and Star America.

PLTC’s design-build agreement includes an exit clause under which it may leave the project if total delays reach 365 days. PLTC says it has spent nearly three years negotiating with MDOT/MTA in the hope of continuing its participation in the project, even though delays have extended well beyond the 365-day threshold.

“To date, MDOT/MTA has refused to grant PLTC the additional time and costs it is entitled to that would be required to complete the project,” PLTC says.

The termination notice does not rule out additional settlement talks which could yet keep PLTC involved in the project.

The east-west line will have 21 stations and a mixture of dedicated rights-of-way and street running. It will serve suburbs inside the Capital Beltway north of Washington DC, connecting with four branches of the Washington Metro, three commuter rail lines, plus Amtrak’s Northeast Corridor. Passenger service were originally scheduled to begin in early 2022.

Following construction, Purple Line Transit Operators (PLTO), a Fluor-led team comprising Fluor Enterprises, Alternate Concepts, and CAF USA, is due to operate and maintain the line for 30 years. CAF USA holds a 20% stake in the operation and maintenance consortium and will supply a fleet of 26 LRVs worth around $US 200m.