HOVEDSTADENS Letbane, the public company overseeing the project to build a light rail line along Copenhagen’s Ring 3 highway, announced on January 11 that it has selected preferred bidders for contracts to build, equip, operate and maintain the 28km line, which link 11 municipalities on the western side of the city. 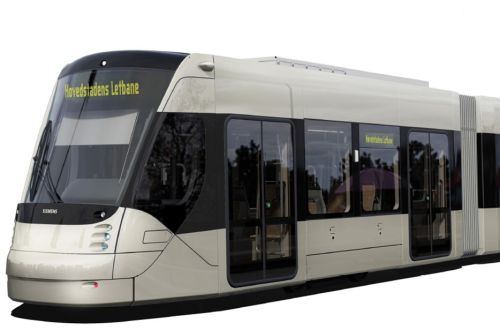 The line from Lundhofte in the north to Ishøj in the south will serve 29 stations, including interchanges with almost all radial S-Train lines as well as the regional rail network. The line will also serve Glostrup and Herlev hospitals, retail and office developments, and the Technical University of Denmark at Lyngby.

The transport systems contract, which encompasses railway infrastructure and rolling stock, will be awarded to a consortium of Siemens and Aarsleff Rail, Denmark. Siemens will supply 27 Avenio low-floor LRVs for the project.

The 15-year operations and maintenance contract will go to Metro Service, which already holds the contract to operate and maintain Copenhagen’s metro network.

Auditor EY has carried out a final quality check of the project’s risks and reserves and the contracts must now be approved by the government and the municipalities along the route, which own Hovedstadens Letbane. A 30% reserve has been set for the DKr 6.2bn ($US 990m) project, exceeding the 10-20% recommended by EY in its risk review.

Construction is due to begin later this year and the line will open in 2023. Ridership of 13-14 million passengers per year is forecast when the line is fully operational, with services operating at five minute headways during the day on weekdays and every 10 minutes at other times.