THE first of four additional Variobahn low-floor LRVs being supplied to Transport for London (TfL) by Stadler Pankow for the Croydon Tramlink network was delivered by road to Croydon over the weekend of May 3-4. 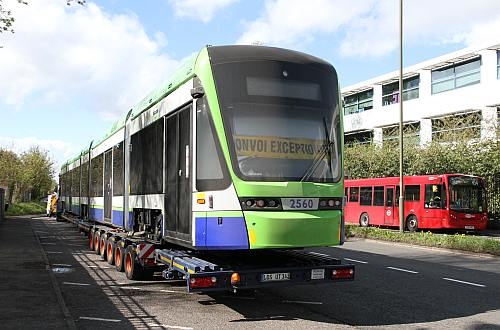 TfL ordered the four vehicles in August 2013 using an option from an initial contract for six Variobahns, which entered service in 2012. The 32.4m-long bidirectional vehicles have a maximum speed of 80km/h and accommodate up to 206 passengers, 72 of them seated.

The delivery of the additional trams will take the Tramlink fleet to 34 vehicles, including 24 Bombardier CR4000 LRVs supplied in 1998-2000 for the first phase of the network.