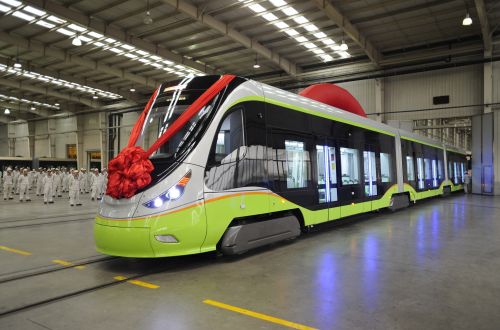 The 35.19m-long three-section vehicle is 2.65m wide and accommodates up to 380 people, with an entry floor height of 34.5cm. The 70km/h bidirectional LRVs are equipped with permanent magnet motors.

Running to the north of Foshan, the 13.1km Nanhai Line will serve 13 stations, four of them underground, and the line will interchange with Foshan metro lines 2 and 6. Construction began in 2014 and the line is due to open next year.

In addition to the vehicles for the Nanhai Line, CRRC is supplying eight LRVs equipped with hydrogen fuel cells for the 17.4km Gaoming Line.

For detailed data on urban rail projects in Asia, subscribe to IRJ Pro.