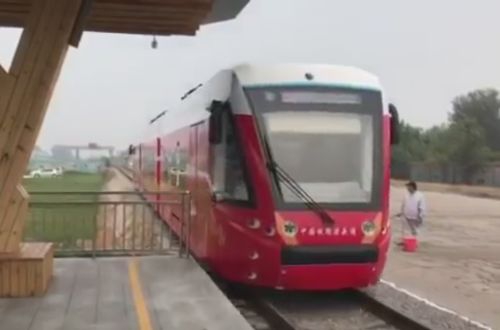 Ballard’s fuel cell technology is combined with batteries and supercapacitors to offer entirely catenary-free operation on the line. The LRVs have a range of 40km on a single 12kg hydrogen fill-up, which takes 15 minutes to complete. The four-station line includes a 100kg-capacity hydrogen refilling station.

The new three-section LRV has a top speed of 70km/h and capacity for 336 passengers, including 66 seated.