CRRC Zhuzhou unveiled what is claimed to be China’s first domestically-developed supercapacitor-powered light rail vehicle at its plant in Hunan province on August 1. 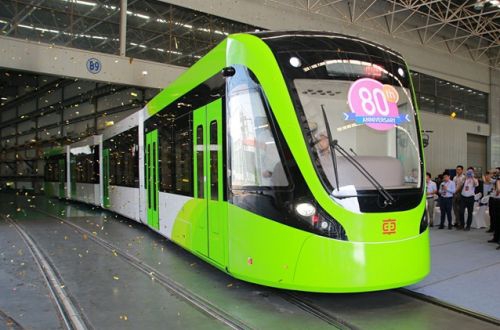 CRRC Zhuzhou says that a 30-second charging cycle gives the vehicle an off-wire range of 3-5km, depending on operating conditions. More than 85% of braking energy is also recovered to the energy storage system, which has a capacity of 9500 farads.

The four-section bidirectional LRV has a maximum speed of 70km/h and accommodates up to 380 passengers.