THE government of the state of Mato Grosso in the centre-west region of Brazil has announced a tender to resume the light rail project in Cuiabá, which was originally due to open in time for the 2014 football World Cup. 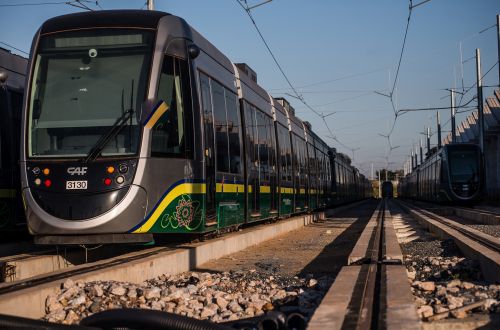 The Cuiabá-Várzea Grande consortium failed to complete the required works in its contract, and after fraudulent activity during the hiring process conducted by the previous administration was uncovered, the government unilaterally terminated the contract.

The draft bidding notice will cover the remaining works, which account for around 45% of the total project.

The 22.2km light rail project is divided across two lines. The first line will link the Administrative Political Centre (CPA) in Cuiabá with the Marechal Rondon International Airport in Várzea Grande. The second line will link the Coxipó Region to the South Centre, both in Cuiabá. The system will have a total of 33 stations.

The original work was contracted for Reais 1.477bn ($US 380m) and past management has already disbursed Reais 1.066 bn, including the purchase of 40 LRVs from CAF. The 44m-long vehicles have capacity for up to 400 passengers and have been in storage in the city for almost five years.