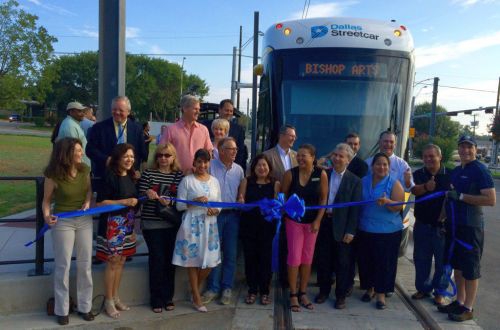 The free tram still runs between 09:30 and midnight seven days a week, with frequency improving to every 20 minutes along the entire Dallas Streetcar line, which now runs for 3.9km from Union Station to Bishop Arts and has six stops.

The extension was celebrated with a Dallas Streetcar Community Block Party on 7th Street between Madison and Bishop Avenues on August 27.