De Lijn approves order for up to 146 LRVs

THE board of Belgian light rail operator De Lijn has approved an order for up to 146 CAF Urbos 100 low-floor LRVs following an appeal by Bombardier and subsequent re-evaluation of the bids. 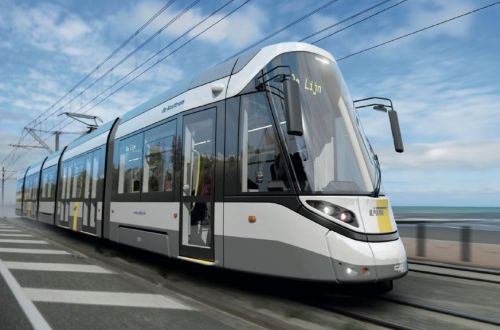 The initial tranche is worth €56.3m and comprises 24 vehicles for the West Flanders coastal line linking Knokke, Ostend and De Panne, with deliveries due to begin in mid-2019. The total value of the order could reach €295m if all six remaining options are exercised, although this is subject to financing from the Flemish government.

According to the tender, which was issued in March 2014, De Lijn requires 62 LRVs for the West Flanders coastal line linking Knokke, Ostend and De Panne, including five vehicles for a proposed extension to Veurne. Antwerp will receive 66 LRVs and Ghent 18 units.

De Lijn says price was a crucial factor in its decision because of the qualitative similarity of the bids submitted by the two suppliers.

The decision not to award the contract to Bombardier was considered controversial due to the uncertainty over the future of the company’s Bruges plant. CAF plans to build the vehicles in Spain while Bombardier proposed production at sites in Germany, Austria and the Czech Republic with final assembly taking place at Bruges.

De Lijn says it has re-evaluated the bids and “thoroughly vetted the total cost of ownership.” This includes purchase price, maintenance and operating costs. Taking these factors into account, CAF’s offer was 5% or €25m lower than its competitor’s bid.

“In order to avoid taking any chances, we have completely redone our homework and asked for second opinions,” says De Lijn director general Mr Roger Kesteloot. “Postponing our decision has created opportunities for a possible collaboration between Bombardier and CAF.”

De Lijn is seeking “trade cooperation” between the two suppliers and has also confirmed it will award Bombardier a €23m contract to rebuild 53 Antwerp Ermine LRVs for multiple operation. This work, which is due to be completed in 2020, will be carried out at Bruges with the support of Siemens Belgium and includes an option for the conversion of up to 31 additional vehicles.

The contract is due to be signed with CAF following a two-week standstill period.