RESIDENTS of Hannover are finally set to ride the first of the city's new fleet of TW 3000 LRVs on Sunday March 15 just over a year since free demonstration trips took place and faults with the vehicles were subsequently discovered. 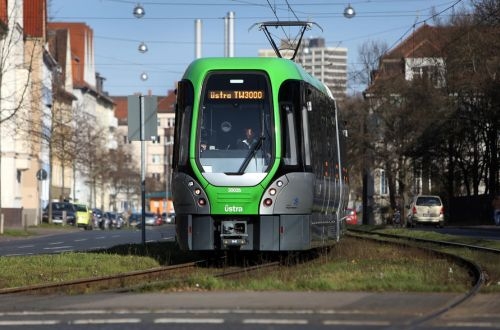 A consortium of Alstom and Vossloh Kiepe is supplying 50 of the LRVs under a €126m contract awarded in 2011, with an option for an additional 50 vehicles agreed in November 2013. The LRVs will initially enter service on Line 7 beginning with the 16.00 journey from Misburg to Wettbergen.

The LRVs were due to enter service on Line 7 last year. However, defective welds were discovered on the first batch of 20 vehicles, which required repair, although endoscopic examination by TÜV Nord revealed that the last two vehicles did not require any work after all.