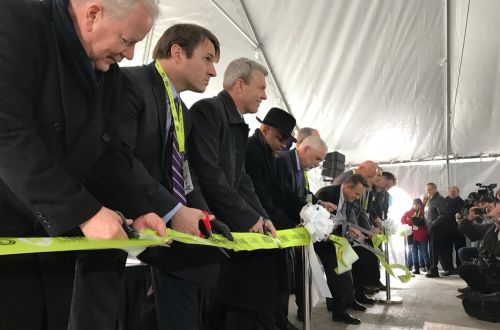 The 16.9km line connects the existing track at Nine Mile Station to Peoria station on the University of Colorado A Line, with eight stations. The line will serve the airport, Denver Tech Centre and the city centre.

An opening ceremony was held at Iliff station, and passengers were welcomed to the new line with free rides from 11:00 to 21:00 on February 24.

The R Line is the fourth line to open in the past 14 months as part of RTD’s FasTracks expansion plan.

For data on rail projects around the globe, subscribe to IRJ Pro.