DRIVER training has commenced on Manchester Metrolink's latest addition to its growing network – the 14.5km, 15-station line from St Werburgh's Road to Wythenshawe and Manchester Airport, which is set to open by the end of the year, more than 12 months ahead of schedule. 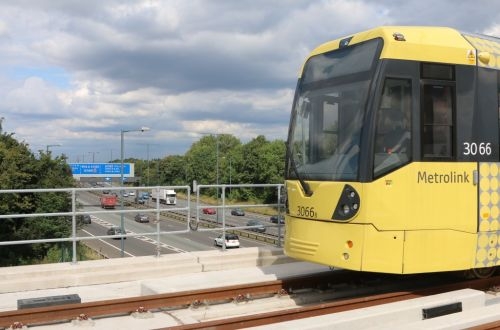 Services on the new route will operate at 12-minute intervals between Manchester Airport and Cornbrook where passengers can change for connecting services into the city centre and the rest of the network. Trams will operate direct from the airport through the city centre following the completion of the second city crossing in 2017.

Transport for Greater Manchester (TfGM) says the driver training programme is an important stage in preparing the new line for passenger service as it with familiarises drivers with the new route, its junctions, signals and stations.

"We're looking forward to being able to confirm a start date and welcoming customers on to the service later this year," says Mr Peter Cushing, Transport for Greater Manchester's Metrolink director. "But before we can the crucial testing and driver training period allows us to iron out any issues as we put the route through its paces."

The latest expansion will take the length of the network to 92.5km, serving 92 stations. TfGM confirmed an order for 16 additional M500 Flexity LRVs that will serve the expanded network last week. The vehicles, which are built by a consortium of Bombardier and Vossloh Kiepe, will be delivered by 2017.