DYNAMIC testing began on Atlanta's first modern tram line on October 1, when the first of four Siemens LRVs travelled the entire length of the 4.3km route under its own power. 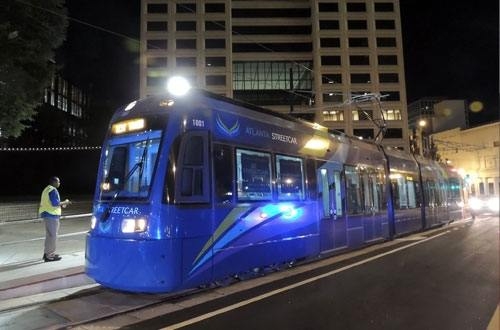 The initial 12-station phase of the Atlanta Streetcar network runs from Centennial Olympic Park in the east to the Martin Luther King Jr National Historic Site in the west.

The line is due to open at the end of this year and services will operate at 10-minute intervals at peak times, with trams running every 15 minutes at other times.