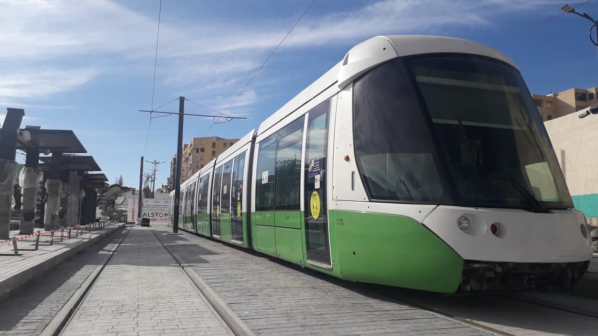 The tests, carried out on January 23, involved the operation of an LRV for 1km from Abdelhamid Mehri University to Ennasr, at a speed of 5km/h. The test was the last stage to be completed before the commissioning of the extension later this year.

The new section is Phase 2 of a 10.3km extension to the light rail line being delivered by the Alstom-Cosider consortium under a turnkey contract awarded by the Algiers Metro Company (EMA) in 2015. The 6.9km Phase 1 extension opened in June 2019 and connects Zouaghi station to the new city of Ali Mendjeli. The section has six stations, and included the construction of three electrical substations, two access routes and a viaduct.

Alstom is providing the telecoms, signalling, traction energy, ticketing and track systems, including the catenary.

The original 8.9km line between Ben-Abdelmalek-Ramdhan Stadium and Zouaghi, opened in July 2013.

The news follows the completion of an initial test run on the 2km Line T2 of Algeria’s Mostaganem Tramway light rail project earlier this month. Work on the line was also carried out by a consortium of Alstom and Cosider, with the line now scheduled to open later this year.