THE Mayor of Eskisehir Mr Yılmaz Büyükerşen formally opened the latest addition to the city's EsTram light rail network on March 18 when he made an inaugural trip over Line 3, which serves eastern districts of the Turkish city. 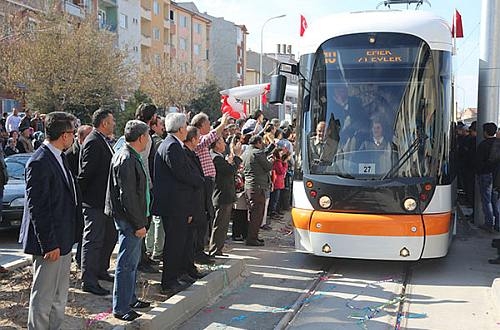 The seven-station line runs for around 5km from a junction with Line 1 near Yunuskent station to a new terminus at Açelya. Services are operated by a fleet of Bombardier Flexity Outlook LRVs.

The opening of Line 3 takes the total length of Eskisehir's light rail network to 20km.