THE 120th and final M5000 LRV for Manchester’s Metrolink light rail network left Bombardier’s plant in Vienna on September 27 on the first leg of its journey to Britain. 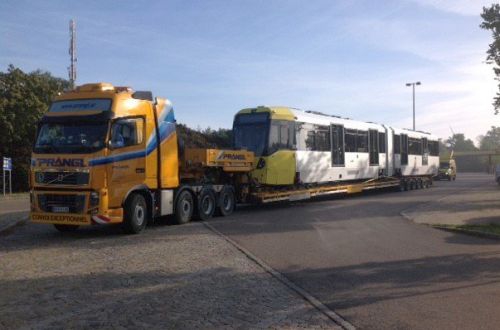 The final vehicle is one of a batch of 16 vehicles ordered by Transport for Greater Manchester in September 2014.

The M5000s were built by a consortium of Bombardier and Vossloh Kiepe. The first vehicle entered service on the Piccadilly – Eccles line in December 2009 and the fleet has grown steadily to support the expansion of the Metrolink network and enable the replacement of the AnsaldoBreda T-68 trams, the final examples of which were withdrawn in 2014.