PASSENGER operations began on the first completed stretch of Luxembourg’s light rail line on December 10 with the opening of the eight-station northern section along John F. Kennedy Avenue between LuxExpo and Rout Bréck-Pafendall (Pont Rouge). 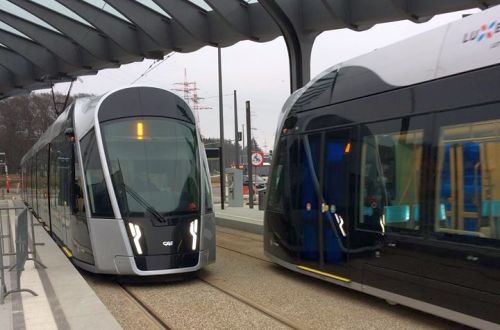 Weekday services on the initial section will operate at six-minute intervals between 06.30 and 19.30, with trams running every 10-15 minutes at other times.

CAF was awarded an €83m contract in May 2015 to supply 21 bidirectional Urbos vehicles for the first phase of the network. Six of the 45m-long vehicles are required to operate the weekday timetable on the initial section.

The remainder of the first phase to Place de l'Étoile in the city centre is due to open next year and the line will be extended to Luxembourg Central Station by 2020.