CREA, the public transport authority in Rouen, France, has sold 28 Alstom trams to the Turkish city of Gaziantep in a deal worth €5.2m. 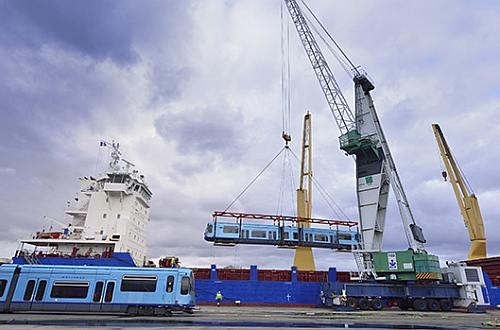 The 30m-long Standard French Tram (TFS) vehicles were supplied for the opening of the light rail network in Rouen in 1994, but were replaced in 2012 by a fleet of new Alstom Citadis 402 low-floor LRVs.

The first batch of 12 vehicles has already been shipped to Turkey and the remaining 16 trams are due to be exported from the port of Rouen on March 6.

Following delivery to Turkey, the trams will be repainted and equipped with air-conditioning before entering service.

Gaziantep's 15km Gaziray light rail network is currently being expanded with the construction of Line 3, a 6.5km eight station branch which will serve Adilye in the northern part of the city.